Mobile app industry has grown manifolds in the past few years. There are certain myths surrounding this industry which are not true.

With the advancement and progress of science and technology, the number of mobile and internet users are increasing by the day. People spend a lot of time daily on using smart devices and mobile phones. They download various types of apps and programs on their smartphones for both utility and entertainment purposes.
Top 5 Myths about mobile apps:There are a very large number of mobile apps available for different types of operating systems these days. Whether you are an android user, iPhone user or windows mobile owner, you have hundreds of thousands of apps and software that you can choose from. Keeping in view so a large demand and usage of mobile apps, the industry considers it to be one of the most lucrative businesses these days. However, like every other segment of the society, people have associated certain myths with mobile apps as well. Below is a brief description of the top 5 myth of mobile apps:

1.Only big branded apps are significant:

Most of the big market and product brands have developed their own apps to reach out to their existing and potential customers. Many people believe that these apps are the best because they are associated with big names. However, it has been proven through time that real mobile advantages are achieved through smaller apps that come from new developers and designers.

2.The app business has reached its peak:

According to some people, the app bubble is about to burst like the dot com scenario in the past. These people believe that this the highest point of success that the app store phenomenon had to achieve and people are no longer downloading apps. But this is not true as far as facts and figure are concerned. The app download might have reached a maturity level but there are no signs of it disappearing in near future.

Many people believe that monetary success of an app depends on the number of downloads it has in a specific period of time. This is not true. Although download frequency is important, the usage numbers are far more significant for making any money through the app. The in-app purchases and upgrades are where the companies really earn some revenue.

4.Mobile apps are not important:

Although this fact has been established in the business world that without any a mobile app, successful implementation of online marketing presence cannot be ensured, some people still believe that it is less significant. The need to have a mobile is essential for the long-term success and growth of the company especially when such a large number of internet users are mobile users as well.

5.Apps are not essential:

Some people have the thinking that although it is nice to have mobile apps, they are not necessary to have. This is not true especially if you are a loyal user of smart devices. Many apps like Facebook, twitter, skype and other similar ones are quite commonly used and have become a necessity for smartphone users. 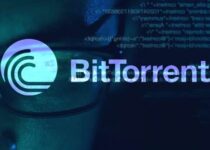 This guest post has been written by Cynthia Shepard. She is a tech analyst and content writer at Essay Writing Service | PapersArena and has been working in the mobile phone industry at various appointments.